You are here: Home / Hewlett Packard (HP) / Video: HP Proliant MicroServer Power Consumption
A question I have seen asked a quite frequently is “how much power does an HP Proliant MicroServer actually consume”.  You’d kind of expect with the quoted 72.3W maximum of power consumption that it should make quite a cost effective small lab server to run.
To help answer the question I’ve put together this basic video which demonstrates the power consumed by the MicroServer during standby and also during a VMware vSphere ESXi boot process.
This low power consumption is partially traded off through the use of the MicroServer’s low powered CPU though I have found in my own home vSphere lab that the dual core 1.3GHz CPU very rarely hits the 90-95% utilisation mark during standard lab use.

ServersPlus are kindly offering FREE delivery on all MicroServer purchases for TechHead readers.  To take advantage of this deal give them a call and mention ‘TechHead’.  Check out the Hot Deals section at the very top of this page for any decent current HP MicroServer deals. 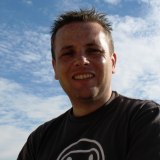