With the release of VMware’s vSphere and ESX 4.0 (build 164009)  those of you that currently own or are thinking of buying an HP Proliant ML110 or ML115 are probably wondering if it will run on these trusty cost effective (ie: cheap 🙂 ) lab servers.

Then if you can install ESX 4.0 on to it  to what extent is it compatible?  As many of you have probably experienced ESX/ESXi 3.5 U3 and U4 had a number of issues identifying the local SATA based hard disk(s) during the installation process and as a result many people not wishing to hack around with the install ended up running ESX from a USB key inserted into the servers internal USB port.

Well, the good news is that ESX 4.0 (build 164009) works well with the ML110 (G4 and G5) and ML115 (G5 – Dual and Quad Core).  The local SATA disk(s) are identified and presented to the ESX install process allowing local disk based installations.  I personally still like installing and running ESXi off of a USB pen drive but obviously you don’t get this option with the service console rich ESX version.  CPU, memory and network adapters across all of the models mentioned above were detected successfully.

Below are some screen shots from each of the models from within the vCenter Server interface. 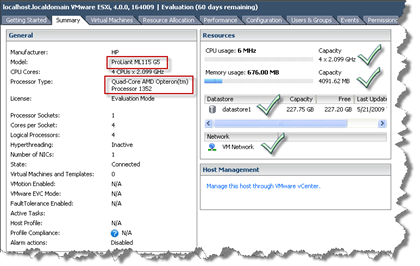 Sensors: As with the ML115 G5 Dual Core model there is a disappointing lack of sensor information. 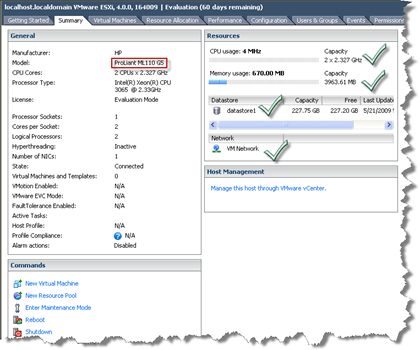 Sensors: Some useful sensor information – though still no hard disk info.  This is a hardware limitation rather than that of ESX. 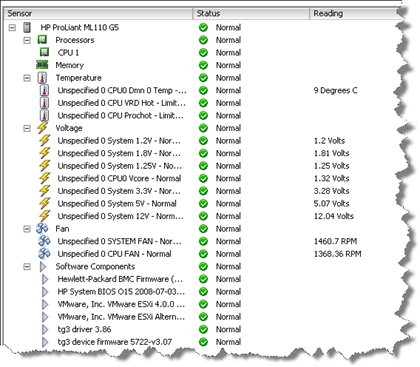 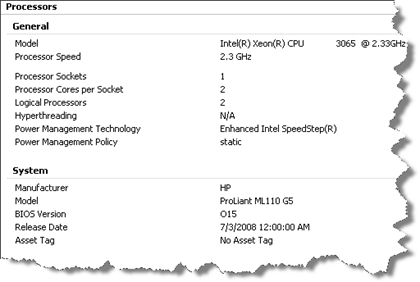 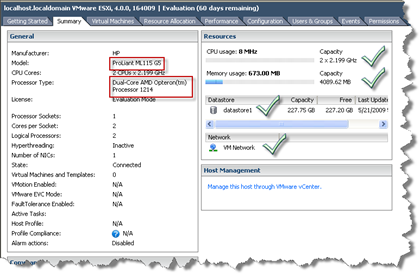 Sensors: As you can see there is pretty much no hardware sensors presented with the ML115 G5.  Disappointing! 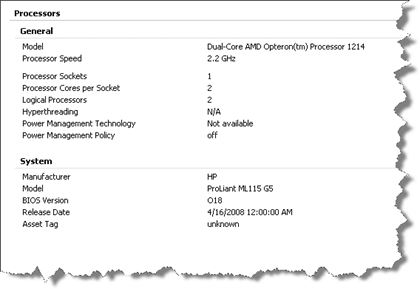 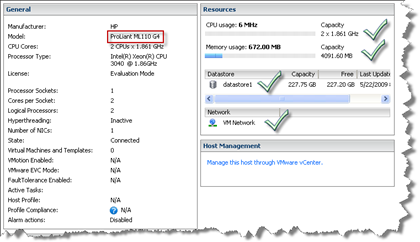 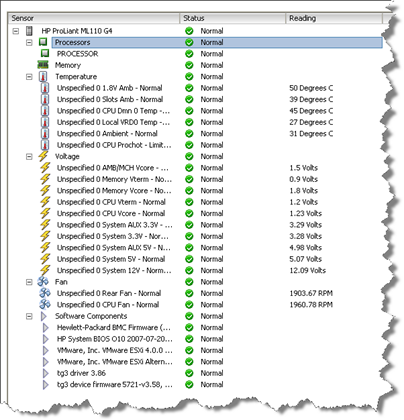 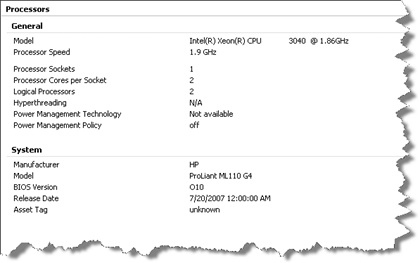 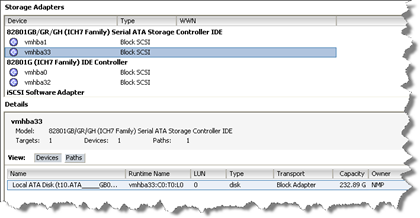 So you can download the 60 day evaluation of VMware ESX 4.0 with the peace of mind that it will install and run on your ML110 G4/5 or ML115 G5 without any problems.

Also, check out the TechHead ‘Hot Deals’ section on the site as this is where I regularly post good deals on these servers and other associated components that I come across. 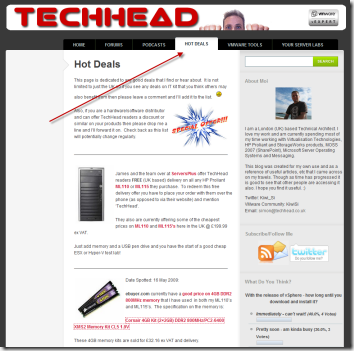 More of my related HP Proliant ML110/115 and VMware ESX articles can be found on this summary page here.