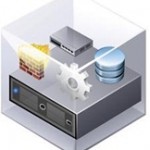 The release of VMware vSphere 5.5 has seen a number of enhancements to the underlying hypervisor (ESXi), and as with every major release of vSphere there is an increase in it’s capabilities around CPU, Disk and/or memory. Probably the most significant in the VMware vSphere 5.5 release is the increase in VMDK file size that can be created and used, from 2TB (vSphere 5.1) to a massive 62TB!  That is quite a jump, and will definitely come as good news to businesses dealing with large amounts of … END_OF_DOCUMENT_TOKEN_TO_BE_REPLACED