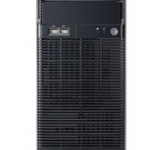 This is just a quick post to confirm that VMware vSphere/ESXi 6 runs on the HP Proliant ML110 G6.  Although this is now an older server, it is still very much capable and I know that there are still quite a few being used in home/work labs, hence this post. The CPU, Memory, Storage Controller and Network Adapter are all detected out of the box.  I used the HP image of vSphere ESXi 6.0 that I downloaded from here. The images below show what is presented through the vSphere Client – I … END_OF_DOCUMENT_TOKEN_TO_BE_REPLACED 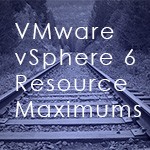 VMware vSphere 6 has finally been announced!  Yes, that’s right folks, after a 3+ year wait since the last major vSphere release, VMware have announced vSphere 6 which will be publically available sometime in Q1 of this year (2015). This is an evolutionary update to the widely adopted vSphere product, with over 650 new features and enhancement,  and as with all previous major upgrades to vSphere there has been increases to the resource and configuration levels (maximums) at the … END_OF_DOCUMENT_TOKEN_TO_BE_REPLACED