Well, it’s almost been a year since I published my first article around building a VMware ESX whitebox solution.  This article was based around the HP Proliant ML110 G4, which still continues to whirr away quite happily in my ESX test lab running instances of W2K3, W2K8 and MS Exchange 2007.

Since this initial posting I have written articles about installing VMware ESX and ESXi on HP Proliant ML110 G5’s and the ML115 G5 Quad Core.

I have found these low-cost entry level HP servers, as I know have many others, ideally suited for a work or home based VMware ESX/ESXi lab for the purposes of pre-production testing, a basic development environment or for studying for your VMware VCP accreditation. 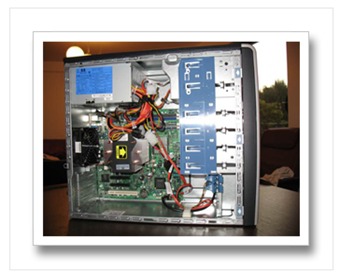 The comments and interest towards these articles has been overwhelming and I have (and continue to) enjoyed talking to and assisting others in getting their ESX/ESXi installation up and running on these great cost effective servers.

As I have now written a few articles around implementing these HP Proliant servers as a ESX white box solution I thought I’d bring all of the postings together via the summary and associated links below:

Also here are some links to my other relevant postings around these servers: 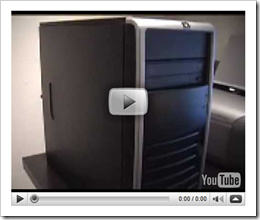 Thanks to everyone that has read or contributed to the valuable conversations around the ML110/115’s on this site – much appreciated.

I still have a number of exciting (at least I think they are 🙂 ) new article topics around these servers in mind and am hoping to get a few online in the not so distant future.