VMware have recently announced an update to some of their existing VMware View Clients along with introducing much awaited new View Clients running on Mac OS X and Linux (Ubuntu), along with the Amazon Fire tablet device!  The updates (v1.3) were to the iPad and Android clients. 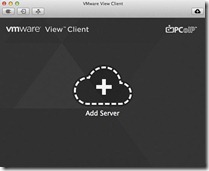 For many of us the introduction of a Mac OSX and Linux based View Client is an exciting prospect, which will definitely make VMware’s Virtual Desktop offering more attractive to a wider audience who are currently considering a move to a virtual desktop environment.  It should be pointed out however that the Mac OSX and the Linux View Clients, both which supports PCoIP, is at this stage only a Tech Preview.

So what can you expect from these new VMware View Client offerings?  The following is a summary from VMware’s press announcement:

Head on over to VMware’s Mac OS X View Client page here or their Linux View Client page here for more information.  The new Linux based VMware View Client can be downloaded from the Ubuntu Software Centre, and Kindle Fire users can download the client from the Amazon App store. This is common if you are playing any casino games on your Android mobile phone, losing support coverage is common. Another link worth taking a look at is a nice write up by Gabe at Gabe’s Virtual World on installing the Mac OS X View Client.

Probably the most interesting part of VMware’s View announcement is the inclusion of a client for the Kindle Fire.  If you’re not familiar with the Kindle Fire, it is Amazon’s latest Kindle offering which in a tablet format has a full colour 7” multi touch screen and is based on Google’s Android operating system.

There is currently speculation that we could start to see the Kindle Fire be used as a mixed personal and business device.   With a US$199 price tag and a colour multi touch screen it is easy to see how this device could start to be widely adopted by both personal and business users.  Of course, I have to admit that I have never actually used a Kindle Fire, as it’s not currently available in the UK, so can’t confirm if it’d be up to the task of being used as a day to day device for email, web browsing, virtual desktop connectivity, etc.  The reception of the Kindle Fire has been mixed, with some such as Greg Knierman of Infosmack and the Nekkid podcast being quite damming of it (some great conversation going on in the comments of Greg’s post).  Either way, with the release of more enterprise centric applications such as VMware View  it will be interesting to see if the Amazon Fire starts to be used for business type tasks or will it simply only ever remain a fancy colour eBook reader?  Either way, with the attractive price point it must be making a small dent into Apple’s iPad sales.

Below: A screen shot of the VMware View Client running on a Amazon Fire device. 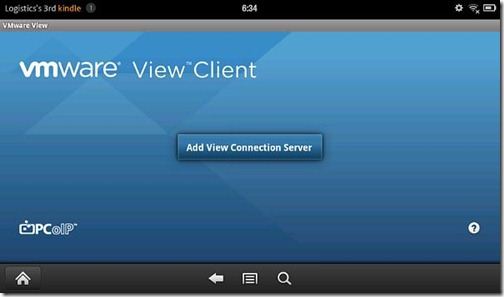 So will the release of the VMware View Client onto these other devices and operating systems be enough to sway a business’s decision to implement VMware View as opposed to another virtual desktop system such as Citrix’ XenDesktop?  I’d be interested to know your thoughts on this.  why not leave a comment below.