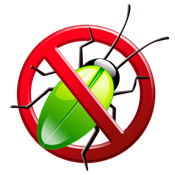 VMware have released an update to the vCenter Server 5.5 product.  This new release is numbered  5.5.0a and addresses a number of vCenter released bug fixes, predominantly around the area of vCenter SSO (Single Sign-On). Based on the bug fixes found in this release I’d definitely recommend you take a look, download, test and update your environment if you think any of these issues are, or may, impact you.

Below is a summary of the fixes that can be found in VMware vCenter Server 5.5.0a, and a copy of the release notes, containing more information, can be found on VMware’s site here.

Unable to change the vCenter SSO administrator password on Windows in the vSphere Web Client after you upgrade to vCenter Server 5.5 or VCSA 5.5

vCenter Server 5.5 might fail to start after a vCenter Single Sign-On Server reboot

Unable to log in to vCenter Server Appliance 5.5 using domain credentials in vSphere Web Client with proper permission when the authenticated user is associated with a group name containing parentheses

Attempts to log in to vCenter Single Sign-On and vCenter Server might fail for OpenLDAP 2.4 directory service users who have attributes with multiple values attached to their account