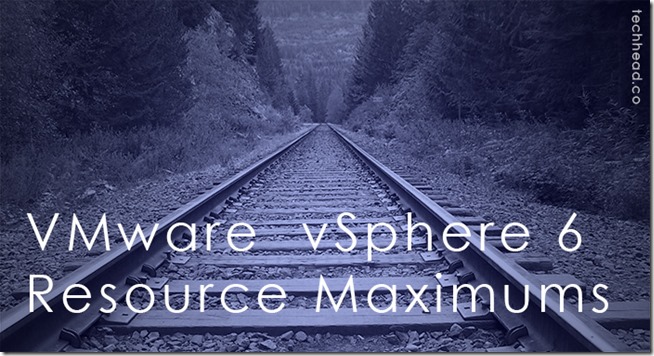 VMware vSphere 6 has finally been announced!  Yes, that’s right folks, after a 3+ year wait since the last major vSphere release, VMware have announced vSphere 6 which will be publically available sometime in Q1 of this year (2015).

This is an evolutionary update to the widely adopted vSphere product, with over 650 new features and enhancement,  and as with all previous major upgrades to vSphere there has been increases to the resource and configuration levels (maximums) at the host, cluster and VM levels.

In fact, vSphere 6 sees its resource capabilities at least double in almost all of the major areas.  This is really quite something!

Below is a break-down of vSphere 6’s new resource and configuration maximums:

VMware implemented a rigorous beta testing phase which saw the launch date slip by 6 months, though I personally prefer it when companies take their time to properly test a product before releasing it.  These new maximums certainly open up a whole new world of possibilities, especially with the increasing popularity of hyper-converged infrastructures.

Share The Love:  If you found this post of use, would you please share it with others via the social media buttons to the left hand side of the screen. Thanks 🙂