I’ve had quite a few questions from readers over the past few weeks asking whether VMware vSphere 5 will run on the HP Proliant ML110 G5 or ML115 G5 servers? Both these models of server are highly popular amongst those running their own VMware vSphere or general home/work IT lab.  They are small, quiet and have been relatively well priced, especially when HP had them on special at UK £90 each!  But that is a few years ago now, and since then the AMD based ML115 series of Proliant has been dropped (and semi-replaced with the HP Microserver) and the ML110 model is up to the 7th generation (G7) – with a slightly heftier price tag associated with it.

Well, the good news is that I can confirm that VMware ESXi 5.0 (latest build at time of writing: 4659512) installs and runs on both the ML110 G5 and the ML115 G5.  All of the core components are identified by the ESXi host as you can see from the screenshots below.  So if you’re a proud owner of one of these great little servers in your work/home lab there is no better time to look at upgrading it to vSphere 5. 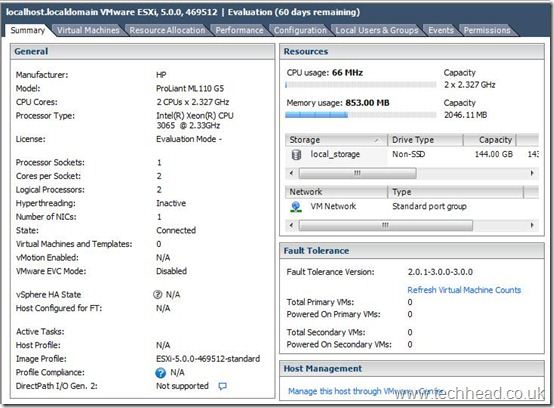 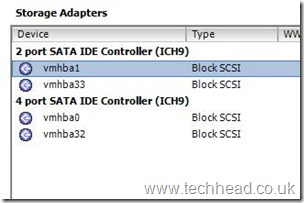 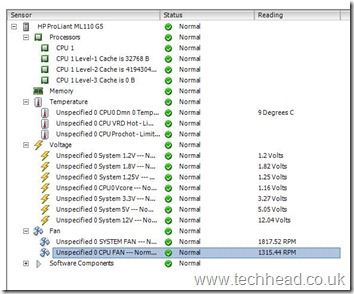 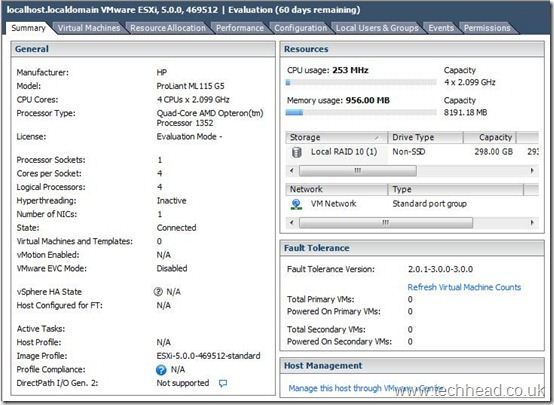 Notice that as well as the onboard disk contoller, ESXi 5.0 has also successfully detected the HP Smart Array E200 hardware controller that I have installed into this server. 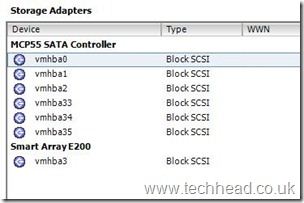 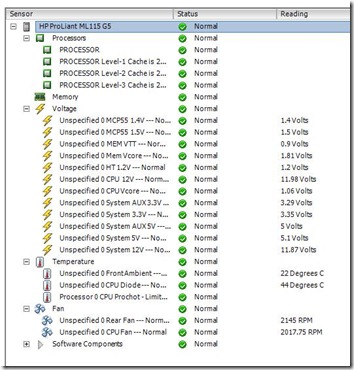