You are here: Home / Hewlett Packard (HP) / Can you run a x64 OS VM under VMware vSphere on an HP Microserver?

I was recently asked by a TechHead reader whether the HP Microserver’s AMD Athlon II Neo based CPU, the N36L (on older models) or the N40L (on newer models), has AMD-V capabilities and can support x64 operating systems, for example Microsoft Windows Server 2008 R2.  This definitely warranted a quick post just to help clarify things, as this may be a question that

crossed the minds of a few of you.

Well, the good news is that both the AMD Athlon II Neo N36L & N40L processors have the AMD-V virtualization instructions on the CPU and are capable of running x64 operating system based VMs under VMware vSphere.  And to prove this, here is a couple of screen shots from one of my HP Microservers (N36L) running VMware ESXi 5 with a Windows Server 2008 R2 (x64) VM. 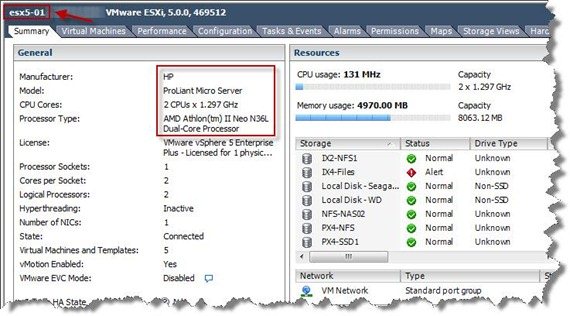 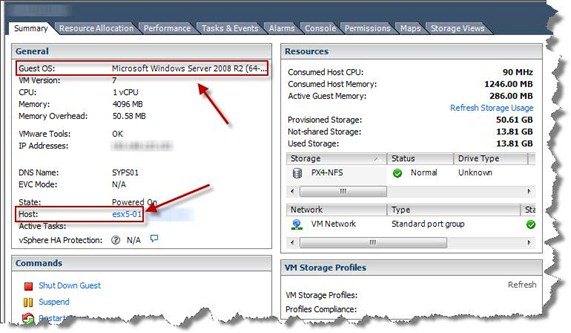 Hope this helps answer this question, and as always feel free to drop me a line with any such questions.  Thanks to Adam McAndrew for the original question that inspired this post.