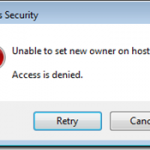 When trying to update and save your Windows hosts files you may receive the error message “Unable to set new owner on hosts. Access is denied.”. Adding in static host entries to the hosts file is something that you may do semi-regularly, if you are a developer or perhaps in some IT lab situations, so this is an annoying situation to be presented with. The following is just one possible solution that I found when coming across this problem. I knew from past experience that this is most … END_OF_DOCUMENT_TOKEN_TO_BE_REPLACED 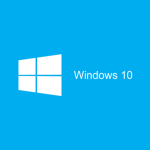 Microsoft have announced that their successor to their desktop operating system (OS), Windows 8.1, will be available on the 29th July this year (2015). This highly anticipated major update of Microsoft’s popular Windows desktop OS has built and improved on many of the lessons learnt from the mixed success of the Windows 8 release.  Windows 8 always seemed better suited to a tablet use-case, rather than that of a desktop OS, though that said, with the increase in touch sensitive screens on … END_OF_DOCUMENT_TOKEN_TO_BE_REPLACED